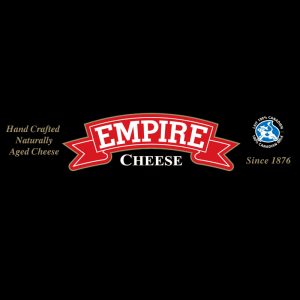 Empire Cheese’s first factory was built in the late 1870’s. At Empire, cheese is made in the traditional way in open-style vats which in Empire’s opinion gives the cheese and curd a better flavour. Empire Cheese uses no additives to boost production and there are no flavours added to Empires Cheddar. It is all natural, with no preservatives added.