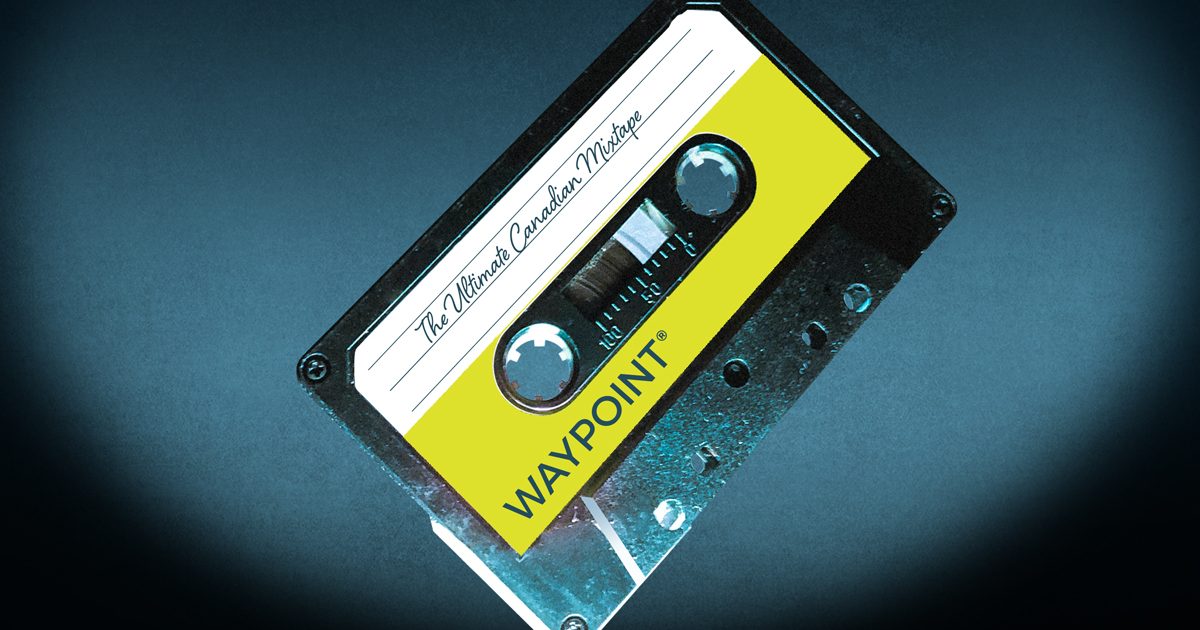 Hit the road and turn up the volume with the ultimate Canadian playlist featuring artists from coast to coast.

When it comes to planning a road trip, what you’re listening to is as important as where you’re going. It’s why we’ve created this genre-hopping, decades-spanning playlist filled with iconic legends and innovative up-and-comers from across the country.

The Chinese-Canadian electronic musician is making a name for herself by blending experimental soundscapes with accessible beats, like this track from her debut album, Yellow River Blue.

Bryan Adams, Straight from the Heart

The Can-con rock legend, who was raised in North Van, hit the big time with his swoony 1984 ballad.

Proving her Call Me Maybe hit was no fluke, the Mission, B.C.-born popstar returned with her 2015 follow-up album, E•mo•tion, featuring this pulsing bop.

The Calgary-based sister act broke through with this dancey track from their Heartthrob EP.

Looking for something a little more serene to match the beautiful Alberta landscape? Cellist Derksen was nominated for a Juno for her ethereal compositions.

The Grammy winner and Rock and Roll Hall of Famer staked her place in music history with this 1970 environmental anthem.

The mononymous Regina-based singer is already making a name for herself with her moody rap-infused R&B sound.

The iconic Cree singer, from Saskatchewan’s Qu’Appelle Valley, got her start in Toronto’s Yorkville neighbourhood when it was a 1960s counter-culture hub.

The new track from Anishinaabe singer/songwriter feels custom-made for the road, with what he describes as “country music with an Indigenous twist.”

Alanis Morisette, Hand In My Pocket

But you can also pick pretty much any track from the Ottawa chanteuse’s groundbreaking Jagged Little Pill.

The Weeknd, High for This

Before he was selling out stadiums, The Weeknd created atmospheric tracks perfect for a night-time drive.

A dreamy soundscape from the expansive collective’s 2002’s You Forgot It In People.

She’s one of Canada’s most acclaimed rising stars of hip hop – and became the first woman to ever win Best Rap Album this year at the 2022 Juno Awards!

Lots of artists have covered the Montreal legend’s haunting lyrical poem, but we still prefer Cohen’s stripped-down vocals on the 1984 original.

Celine Dion, It’s All Coming Back to Me Now

No one does power ballad sing-a-long quite like the French-Canadian diva herself.

“It’s time to get me gone / The yellow lines are glowing / Oh, highway roll me home” goes the twangy, rollicking, banjo-infused ode to the road from the East-coast Polaris Music Prize nominee.

Six years after its initial release, the bouncy track from the Dartmouth rapper has found new success after being heard on HBO’s Euphoria.

You can’t mention Nova Scotian bands without shouting out the most iconic band to ever come out of Halifax.

This acclaimed musician infuses performance, composition, activism, and musicology into one — and won the Polaris Music Prize in 2018 for his album, Wolastoqiyik Lintuwakonawa.

With both French and Celtic influences, the Acadian trio’s sound pays homage to their island communities, Water in the Ground.

Catherine MacLellan, The Long Way Home
The Juno-winning daughter of Canada’s most iconic singer-songwriter, Gene MacLellan, is proving to be one force all unto herself. You could add her legendary take on one of her father’s most famous songs, “Snowbird”, or check out her own composition “The Long Way Home” for a chill, sing-a-long ready, road to the cottage song!

Every great adventure needs convenience.
This blog is for those who believe the journey is just as fun as the destination! Whether to visit family, adventures with friends, or classic family fun, no road trip is complete without the perfect snacks to fuel the good times! Like this blog is the stop at the start of the adventure, a Waypoint convenience store is a stop along the way to a lifetime of memories.