From charming towns to Eastern Canada’s most unforgettable views, we list our top 5 Halifax road trips.

Halifax’s unique history and prime location on Canada’s Atlantic coast make for some fascinating and beautiful road trips. Here are five of our favourites – and where you can stock up on local snacks at Waypoints along the way. 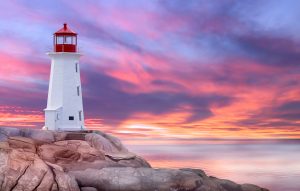 WHERE IT IS: 45 kilometres southwest of Halifax, less than an hour’s drive, at the entrance to St. Margaret’s Bay.

WHY YOU SHOULD GO: It’s simply one of the country’s most photographed locations and it’s easy to see why! Built in 1914, the classically shaped lighthouse, in red and white, rests on a smooth bed of granite rock. Until 2009, it also houses a working Canada Post office.

WHAT YOU CAN’T MISS: The stunning drive along the Lighthouse Trail scenic drive.

TRAVEL TIP: Watch your step! Sudden waves are known to whisk visitors off the granite rock formation and into the water.

STOP AT WAYPOINT: On Barrington in Halifax before heading out of town.

2. This way to picturesque Tatamagouche. 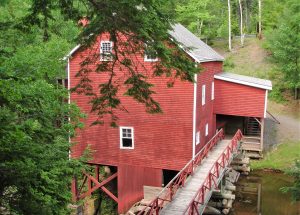 WHERE IT IS: 150 kilometres north of Halifax, on Northumberland Strait.WHY YOU SHOULD GO: The idyllic seaside village (home to a population of 691) may be small, but it’s big on charm. And it’s the birthplace of Tim Horton’s co-founder, Ron Joyce. Discover Tatamagouche’s fascinating history, dating back to the 1700s, including Mi’kmaq to Acadian French cultures, at the Sunrise Trail Museum. Spending the night? Stay in a converted caboose at the Train Station Inn.

WHAT YOU CAN’T MISS: A cool, small-batch cone from the Tatamagouche Ice Creamery’s Scoop Shop!

STOP AT WAYPOINT: Check out the Waypoint location in Truro.

3. This way to chill Melmerby Beach. 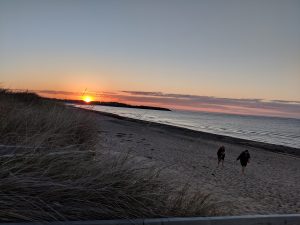 WHY YOU SHOULD GO: Looking for a little road trip serenity? Then head to Melmerby Beach Provincial Park. Known locally as “The Merb,” it was named for an 1890 shipwreck. One of the province’s most popular beaches, it’s beloved for its warm waters and its wheelchair-accessible boardwalk.

WHAT YOU CAN’T MISS: The spectacularly colourful sunsets.

TRAVEL TIP: Bring your bike to hit the nearby Roy Island Walking/Biking Trail.

STOP AT WAYPOINT: in New Glasgow.

4. This way to the charming Annapolis Valley. 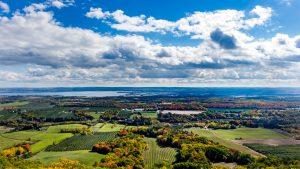 WHERE IT IS: 163 kilometres from Halifax, on Nova Scotia’s west coast, between two mountain ranges along the Bay of Fundy.

WHY YOU SHOULD GO: The 126-kilometre-long valley is a rich agricultural region and home to a number is Lawrencetown, Wolfville, and Bridgetown. And check your calendar as the valley plays host to a number of events including the annual Apple Blossom Festival in late spring, the Steer Bar-B-Que in July, and the Cider Festival in mid-September.

WHAT YOU CAN’T MISS: The Tangled Garden is a four-acre aromatic herb garden and maker of gourmet jams and jellies.

TRAVEL TIP: Head over to the Bay of Fundy for some prime whale watching.

STOP AT WAYPOINT: in Kingston, Nova Scotia, in the valley.

5. This way to thrilling Truro. 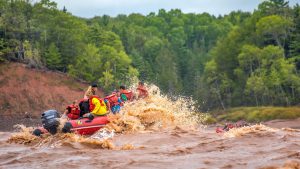 WHERE IT IS: 94 kilometres north of Halifax, about 90 minutes.

WHY YOU SHOULD GO: Switch up the car for a Zodiac boat. Truro is home to tidal bore rafting, a signature Canadian experience. But wait, what is tidal bore rafting exactly? It’s unique Bay of Fundy phenomenon, in which, twice per day, the highest tides in the world cause waves to enter the Shubenacadie River. If you prepare (somewhat) dry land, then head to the banks of the Shubenacadie River and slide on the silky clay-mud. (We swear, it’s really a thing!)

WHAT YOU CAN’T MISS: Enjoying diner – with local wine and freshly caught lobster – on an exposed sandbar.

TRAVEL TIP: Bring a change of clothes. You will get wet and dirty.

STOP AT WAYPOINT: before leaving Halifax or when you arrive in Truro.

Every great adventure needs convenience.
This blog is for those who believe the journey is just as fun as the destination! Whether to visit family, adventures with friends, or classic family fun, no road trip is complete without the perfect snacks to fuel the good times! Like this blog is the stop at the start of the adventure, a Waypoint convenience store is a stop along the way to a lifetime of memories.